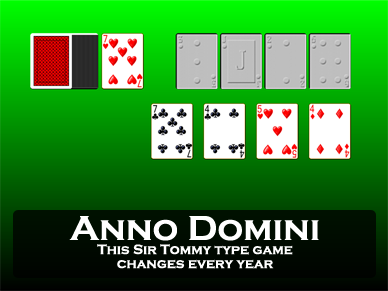 Anno Domini is a unique game in that the foundation base cards depend on what year it is. With the new year 2015 it is a slightly different game than it was in 2014.

The remainder of the cards form a stock, which is turned over one card at a time by clicking. There are two redeals.

Where Anno Domini is different is in the foundation piles. There are four foundation piles, which are built up in suit from the rank of the base card, wrapping from King to Ace as necessary, until each pile contains 13 cards. Each pile is of a different suit. 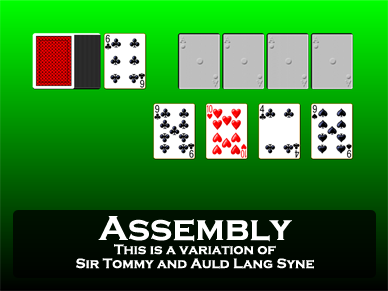