How to Play the 1 Deck Strategy Game 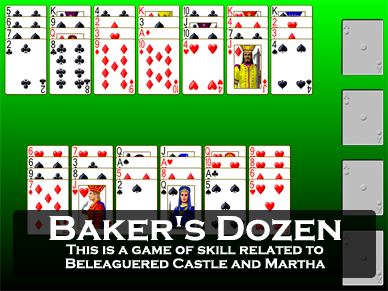 Baker's Dozen is a simple but strategic open solitaire game. As a open game, all of the cards are dealt face up at the start of the game, so you can see the placement of all cards. Like most open games, Baker's Dozen is mostly a game of skill.

The single deck of cards is dealt out into 13 piles (hence the name of the game). Each pile contains 4 cards, face up. During the deal, Kings are moved to the bottom of their piles. There are 4 standard foundation piles, which start the game empty and are built up in suit from Aces to Kings. The game is won when all the cards are moved here.

Within the tableau, cards are built in descending sequence but regardless of suit. Only one card can be moved at a time and no card may be played to an empty pile.

It is important to keep close track of all cards that lie beneath a higher card of the same suit in the same pile. In order to win, the lower card must be pulled out somehow. Your objective in moving cards should be to get all of these cards out from under. In the process, be careful of playing cards to the foundations too soon. If you let one foundation pile get too far ahead of the others, you may find yourself in a situation where you need some of the cards that have been played to the foundations in the tableau to build on to free another card. Also keep in mind that you cannot refill an empty pile, so once a pile is gone, it's gone. 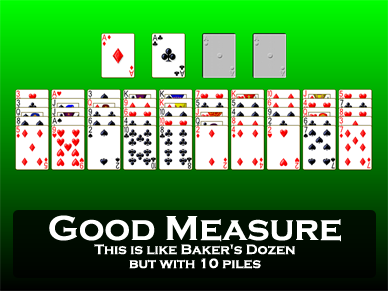 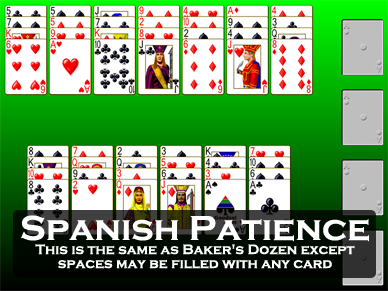 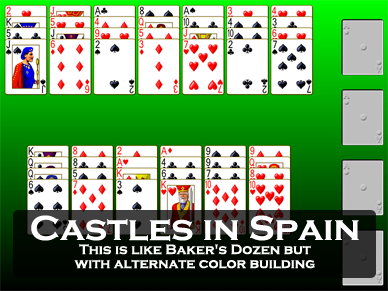 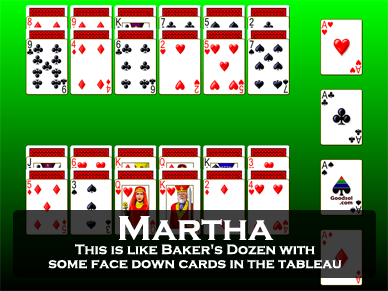