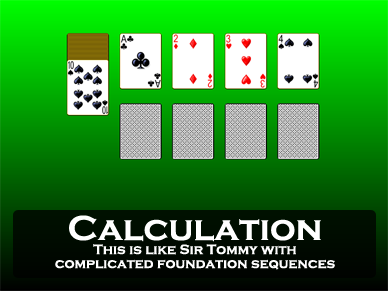 Screen shot of the game Calculation from Pretty Good Solitaire.

The game begins with an Ace, Two, Three, and Four dealt to four foundation piles. Underneath are four tableau piles, which start the game empty. The remaining cards form a stock.

Play consists of moving the top card of the stock to either the foundations or tableau.

You can play the top card of the stock to any of the four tableau piles, regardless of any sequence or suit. The top card of any tableau pile is available for play on the foundations. The trick is to avoid blocking yourself in the tableau - once a card is buried, you have to move all the cards on top of it one at a time to the foundations in order to get it out.

Calculation is won when all of the cards have been moved to the four foundation piles.

The average player wins Calculation about 50% of the time. The mathematical nature of the foundation building makes Calculation excellent mental exercise. 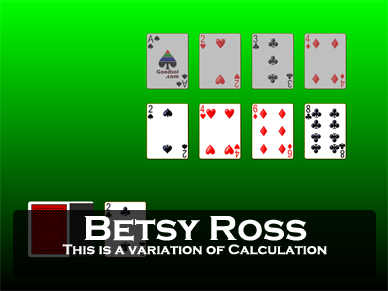 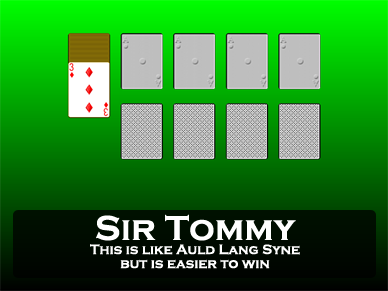 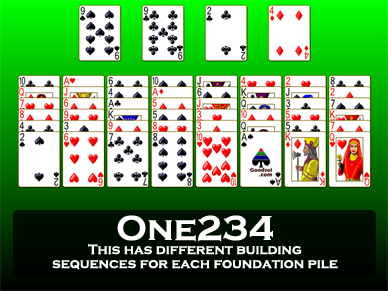 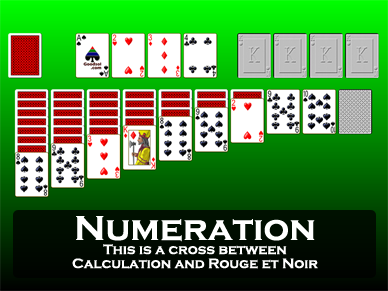