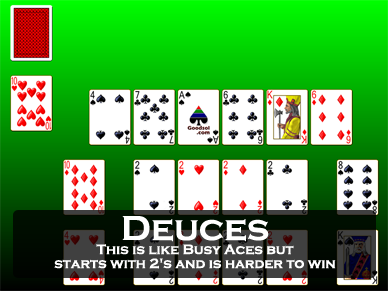 Screen shot of the game Deuces from Pretty Good Solitaire.


Deuces is a Forty Thieves type game in the Busy Aces family.

At the start of the game the eight Twos are dealt out to become the bases of the foundation piles. These Twos will be built up in suit from Threes, Fours, up to Kings, then Aces. When all of the cards are moved here, the game is won.

There are 10 tableau piles. At the start of the game, one card is dealt face up to each pile. The remainder of the cards form a stock. The stock will be turned over one card at a time to the waste pile by clicking.

Building in the tableau is down by suit. Only one card at a time may be moved. Empty spaces can be fillled by any card.

Deuces is very similar to the game Busy Aces. Instead of starting the foundations with Aces as in Busy Aces,it starts with Twos (the Deuces). Also, the Twos are dealt out at the start of the game instead of remaining in the deck as they do in Busy Aces. This would make the game easier than Busy Aces, except that Deuces has only ten tableau piles instead of twelve, which in turn makes the game harder. 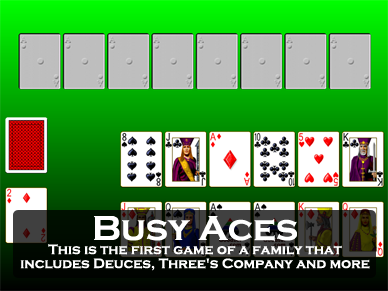 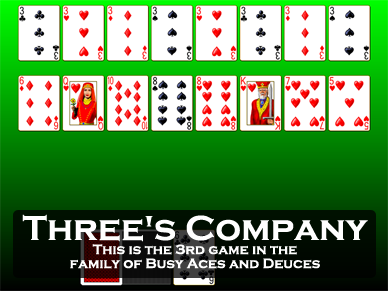 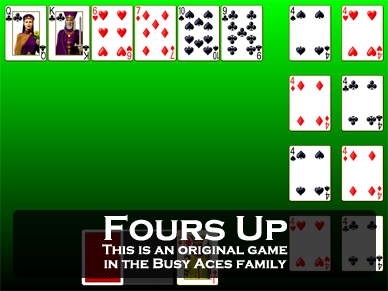 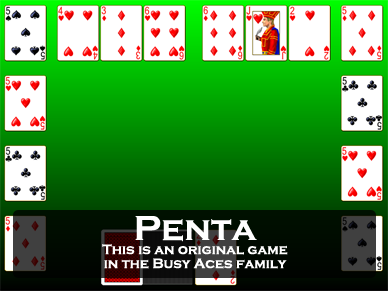 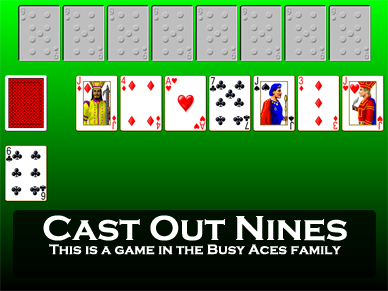