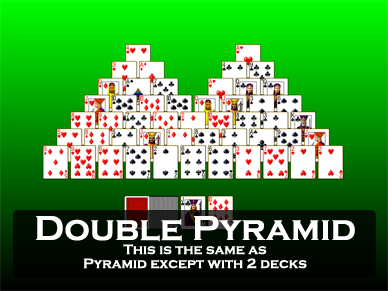 
Double Pyramid is a two deck Addlition type game that I invented.

At the start of the game, 50 cards are dealt out in a pyramid shape with two peaks. Only uncovered cards are available for play. Discard pairs of cards whose ranks add to 13 (Queen-Ace, Jack-Two, Ten-Three, Nine-Four, Eight-Five, Seven-Six). Kings are discarded singly. To discard a pair, drop one card on the other, or right-click on one of the cards.

The remainder of the cards form a stock. Clicking on the stock turns over one card to a waste pile. The top card of the stock or waste pile is available for pairing on the pyramid. There are two redeals.

Double Pyramid is a difficult game to win as the cards are usually stacked against you. An average player wins about 8% of the time. 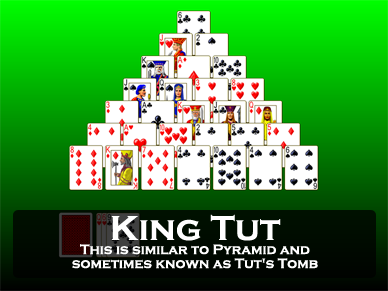 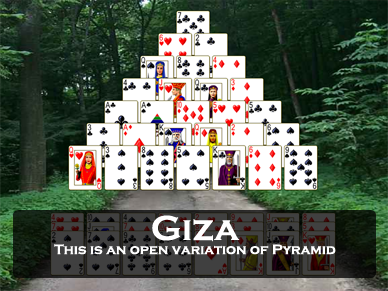 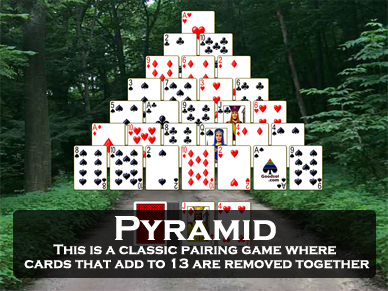 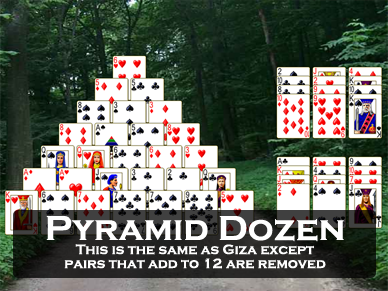 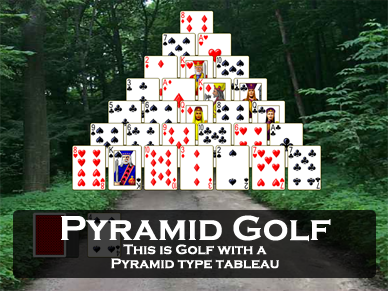 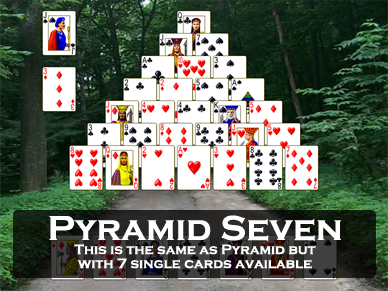