About Eight On Solitaire 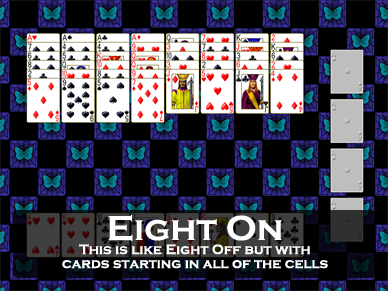 Screen shot of the game Eight On from Pretty Good Solitaire.


Eight On is a variation of the popular game Eight Off. It is the same as Eight Off except that all of the cells start the game filled with cards.

There are four foundation piles which are to be built up in suit from Aces to Kings. The game is won when all of the cards are moved to the foundations.

The eight cells work just like the cells in FreeCell. Each cell can contain one card and any card may be placed in an empty cell.

In the tableau, building is down by suit. Only one card a time may be moved. However, as in FreeCell, there is a shortcut where you can move groups of cards as a unit if you have enough empty cells available where you could move each card individually using the cells. Therefore, it is helpful to have as many cells empty as possible. Since all of the cells begin the game filled, a major objective is to get as many cells empty as possible.

Empty tableau piles may be filled only by a King (or a legal group of cards headed by a King).

Eight On is more difficult than Eight Off. But it is much like FreeCell in that nearly all games can probably be won with enough effort (there are surely some unwinnable games, but they are rare). As such, it is nearly entirely a game of skill and strategy.


Variations of Eight On 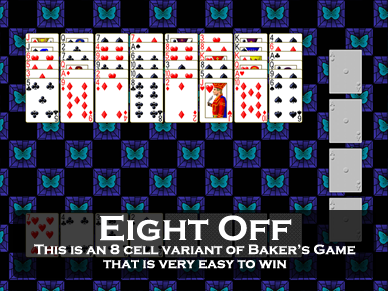 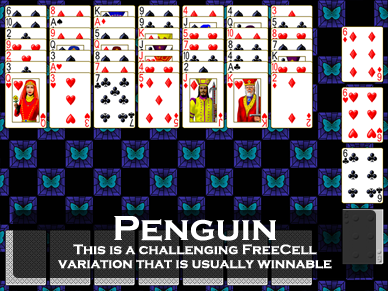 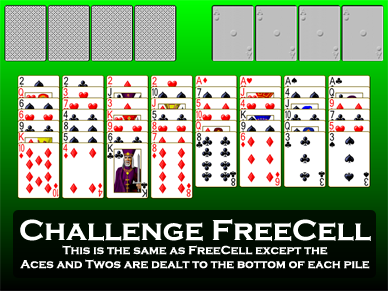