How to Play the Yukon variation 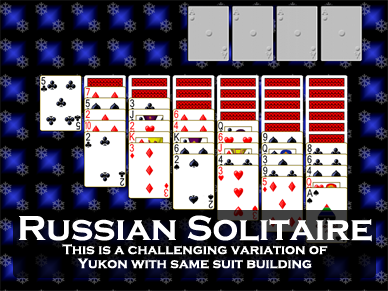 Click on the screen shot of the game Russian Solitaire from Pretty Good Solitaire to download the 30 day free trial version.

Russian Solitaire is a challenging and popular one deck solitaire game that is a close variation of the game Yukon.

My version of Russian Solitaire in Pretty Good Solitaire allows you to play offline, full screen, with complete undo and my unique right click quick move. It's the best way to play solitaire!

How to Play Russian Solitaire

Like Yukon, in Russian Solitaire you can move groups of cards in the tableau regardless of any sequence. This means that any face up card, no matter how deeply buried, can be moved by picking it and all the cards on top of it up together. The tableau is built down by suit, rather than by alternate color as in Yukon, which makes the game considerably harder than Yukon. The objective is to move all the cards up to the foundations.

It is very important to uncover the face down cards, because only the face up cards are in play. Once a card becomes face up, it can be accessed, so getting the cards face up is the key.

Russian Solitaire is extremely challenging and you will find yourself getting blocked (not able to make any moves) at some point in most games. The average player wins only about 5% of the time. Good players can win 10-20% of the time.

The origin of Russian Solitaire is not known. It is likely that it was created about the same time as its sister game Yukon, sometime in the first half of the twentieth century. 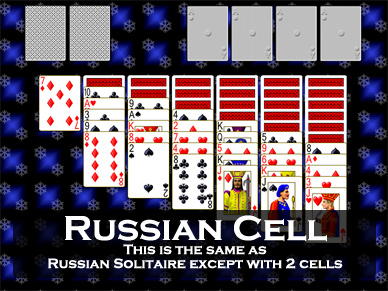 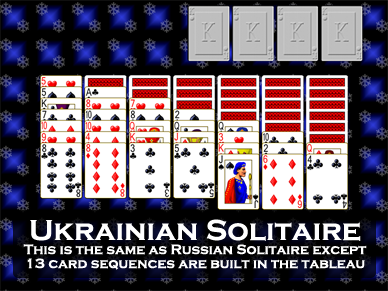 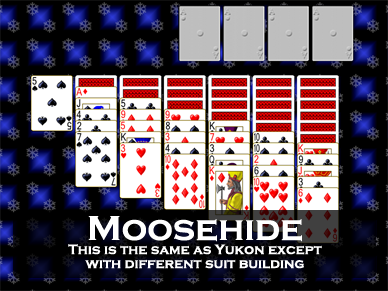 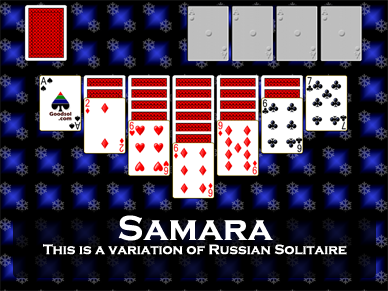