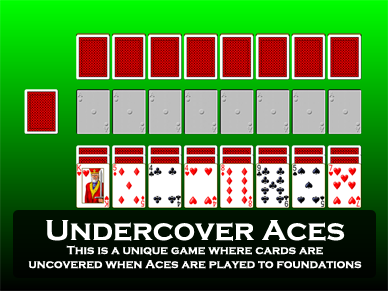 When an Ace is played to a foundation pile, the top card of the reserve pile directly above that foundation pile is turned over. This card is then available for play on the foundations or tableau, as are the cards underneath when the are uncovered.

The objective is then to get the Aces out so that you can play them to the foundations to free the face down cards in the reserves.

Undercover Aces is a new game, so it is not yet known how often it can be won. Note that you do not have to undercover the reserve piles in order, although to take advantage of this you will have to play aces up and find out what cards are buried in the reserves and undo back to find the best piles to make available first. 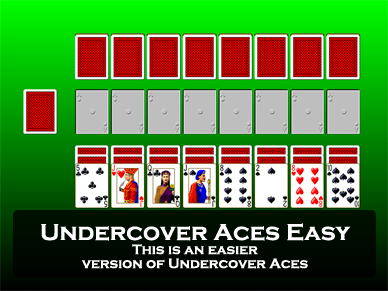